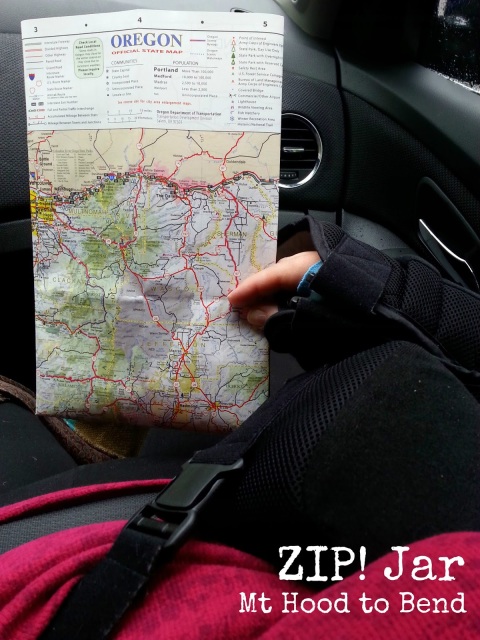 On a Friday evening back in March, we decided to get up early the next morning, hop in the car and go for a drive. I had just had shoulder surgery, and knew I’d tire of napping and watching tv soon enough during my recovery, Besides, with a couple of pain pills, sitting in the car for several hours would be fine. (It was, mostly, with just a few adjustments.)

Early Saturday morning, as soon as we’d had a cup of coffee, we pulled a destination out of the ZIP! Jar. Where were we going today?

D fixed the GoPro on the windshield to capture the drive, and I one-handed it with my phone. It would be a while before I could manage an actual camera again.

Here is Hwy 26 heading up toward Government Camp and all the ski slopes. 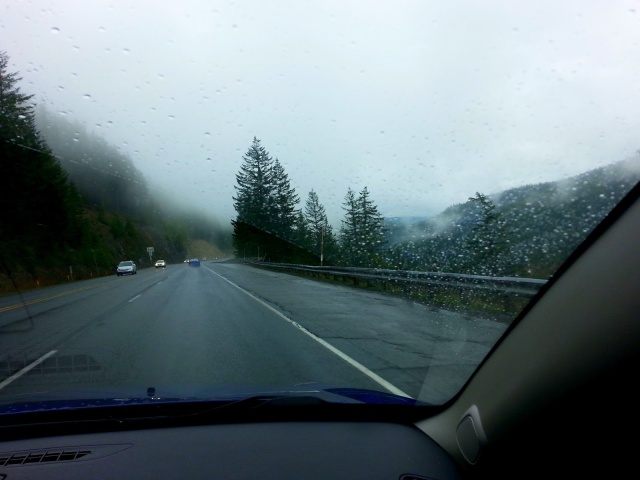 There was snow at about 1200 feet, all the way through the pass. 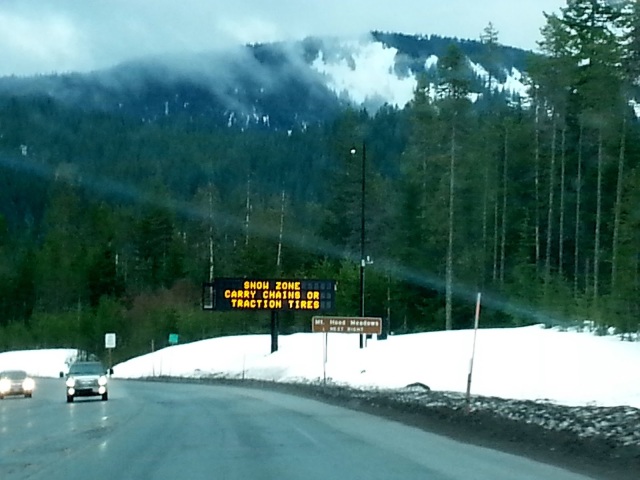 Once over the pass, we turned south toward the Warm Springs Reservation. I’d heard the forest stops abruptly when the high desert begins, and while I wouldn’t say it’s like a curtain of trees opening up to scrub and sagebrush, the transition was fairly rapid and it amazed me that the terrain could change so quickly.

And 42 miles later, the views really opened up. I do apologize for the hazy pictures. Next time, we’ll see if we can find a scenic pulloff from the highway to get some more incredible shots. 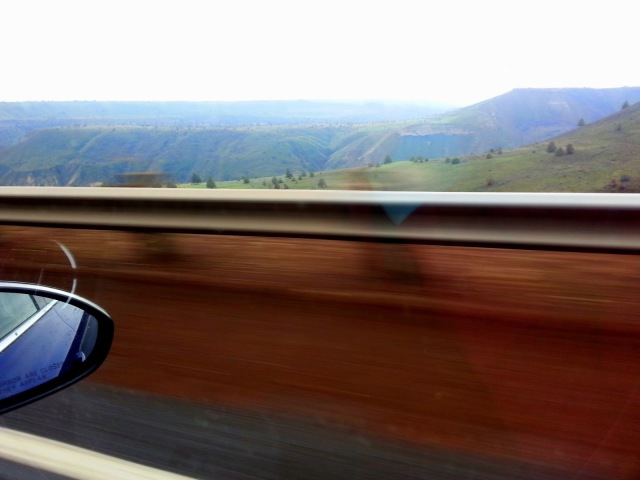 It amazes me that this is all within two hours of my home near the forest.

Near the Warm Springs Reservation

These cliffs are breathtaking.
Note from April 2017: My geology class described these cliff walls as columnar basalt. This explains the unique vertical formation of the rocks.

We need to go back so I can take better pictures…from a car that’s not moving at 60mph.

Off to the west, we could see some of the peaks of the Cascades. Living on the other side of this mountain range, many of these peaks are unfamiliar to me. They really do stand out, though.

I believe this was near Redmond, OR. There was a turnoff to go to Smith Rock in this area, a popular place to go rock climbing. On a future trip, I want to see this in person.

At this point, we were getting hungry, and my job was to poke at my phone until I found us a pace to eat dinner. We ended up grabbing a burger in Bend, then zoomed east on Hwy 20, over the Santiam Pass, and down into the Willamette Valley, following this road and that road until we arrived back home.

What a great way to spend a Saturday!