Last weekend, we did something that has been on my bucket list for over a decade: we went to the UFO Fest in McMinnville.

This annual festival, held in the middle of May, features a parade, live music, food, as well as renowned ufologist speakers and presentations. We kept it simple this year and only went to McMinnville for the parade. 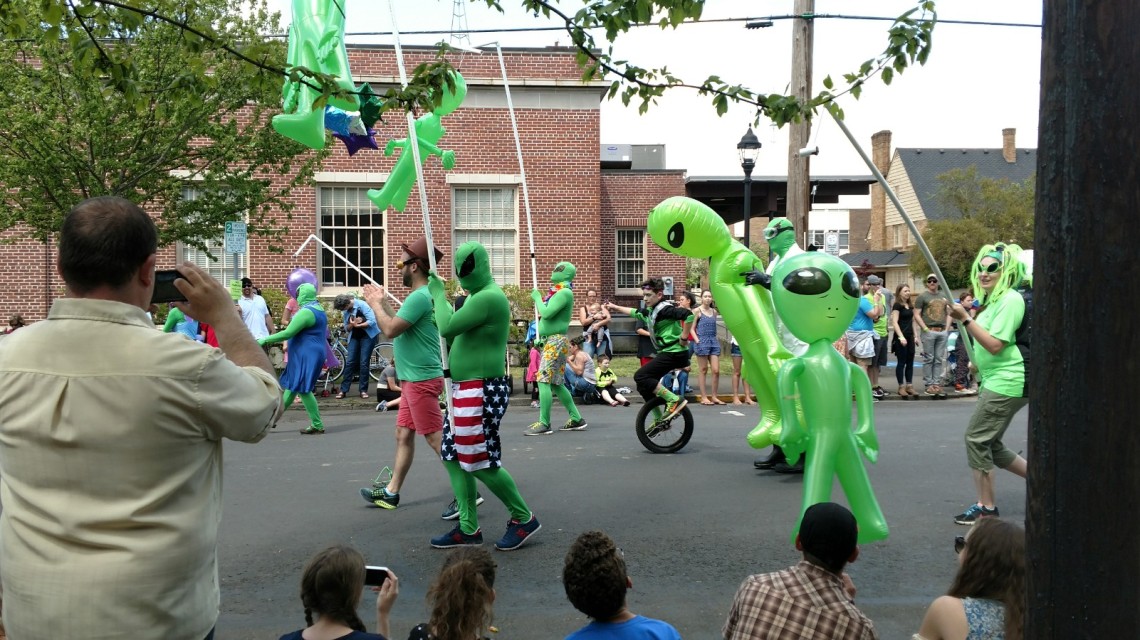 Holy wow, this was so much fun! The entire parade was UFO and alien themed. Spectators were even dressed for the occasion. Here I am, posing for a photo op with this nice man from France. I invited his shy blue friend to get in the picture, too.

We loved it so much that we decided to make this an annual tradition. Next year, however, we’re dressing more appropriately (as aliens) and bringing the dog in his sassy blue alien costume. 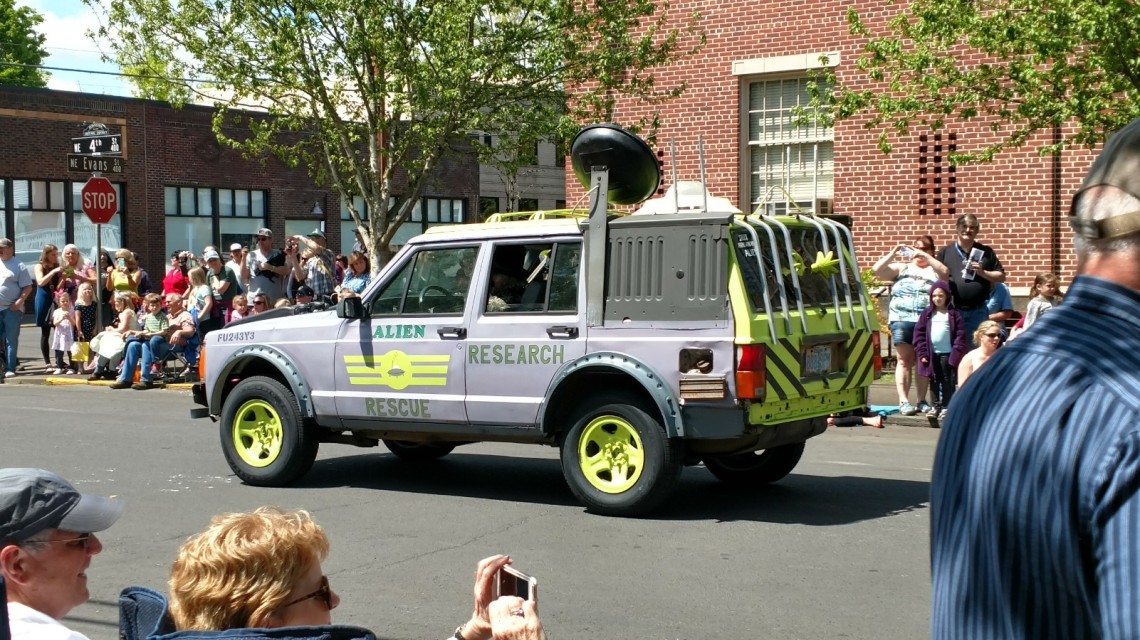 I believe this alien is from Planet Dollar Tree.

I love these tall aliens. They remind me of a marionette puppet, only in reverse.

While driving there, I searched online for the parade route so we would know where to park. Unfortunately, there was very little online information regarding the route, so I called the festival sponsor, Hotel Oregon, and asked.

The parade route goes along 3rd & 4th streets, between Baker and Galloway, so we found a parking spot near 10th & Hembree and walked only a short way to the beginning of the parade route.

One of the aliens danced her way over to the sidewalk where we stood, and twirled her way through the crowd as the rest of her group marched past on the street. I snapped this picture as soon as I realized she was heading our way, and it almost looks like she’s holding the woman in the chartreuse shirt between her thumb and finger. 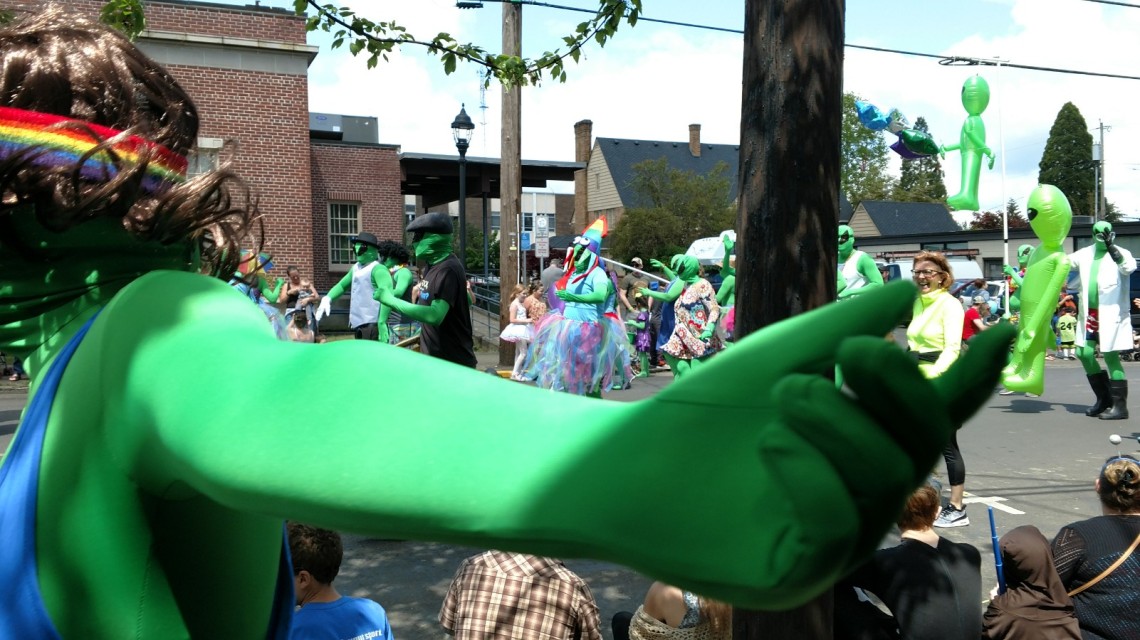 This couple looks lost. They definitely don’t look like they’re from around here.

This video is from the official festival website, and shows images from the 2016 festival.

For more information, visit ufofest.com. Interested in going to the next one? The 19th annual festival will take place from Thursday, May 17 to Sunday, May 20, 2018. We will definitely be there.

This Barred Owl is hunting squirrels outside one of our bedroom windows today. He's perched on a branch only 6 feet from our building.
Speechless.
Un bâtiment orné typique quelque part dans Paris.
Memories of a road trip last summer...
Did you know that if you have a camera capable of taking 360° photos, you can contribute to Google Street View?
Adventures on a Budget, tip 4:
Loading Comments...
%d bloggers like this: